The will to build houses has made necessary the “Resurrection” birth.

An evolution of the function “stop and save”. The need to stop or interrupt the wall printing and to get it back the day after at the same point where it was left,  has been the motivation to create this new implementation. 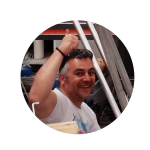 Dennis Patella, a real maker and our collaborator, has found how to solve the firmware problem for the improvement of the function Stop & Save.

The reasoning is quite simple: the extruding data are backed up in a SD card, and just from  the same data, the printing process starts again when turned on. This system  perfectly fits Delta printers because the Delta setscrew ( limit switch) is on the top. On the contrary, in the other common 3D printers it is at the left bottom, and like this the extruder “going home” could hit the object. The system saves the data in file called “resurrection.g”.

We have implemented this function for the traditional printers too. It’s important in this case, to make the “home” of x y and not of z.

What happens in case of black out in the factory? Resurrection System is the solution to this problem

An emergency battery could have been a solution, having like this a prompt and automatic re-start immediately after the black-out. We have interrupted the track to the “Arduino” with 12 volt and have added a diode and a 10.000 µF-condenser (little battery). We have reached this measure after a long series of attempts, nobody knew in advance how long it would take to perform this procedure. Dennis has worked on the transfer-speed  and on the SD card writing a lot, and finally has made the sudden back-up possible 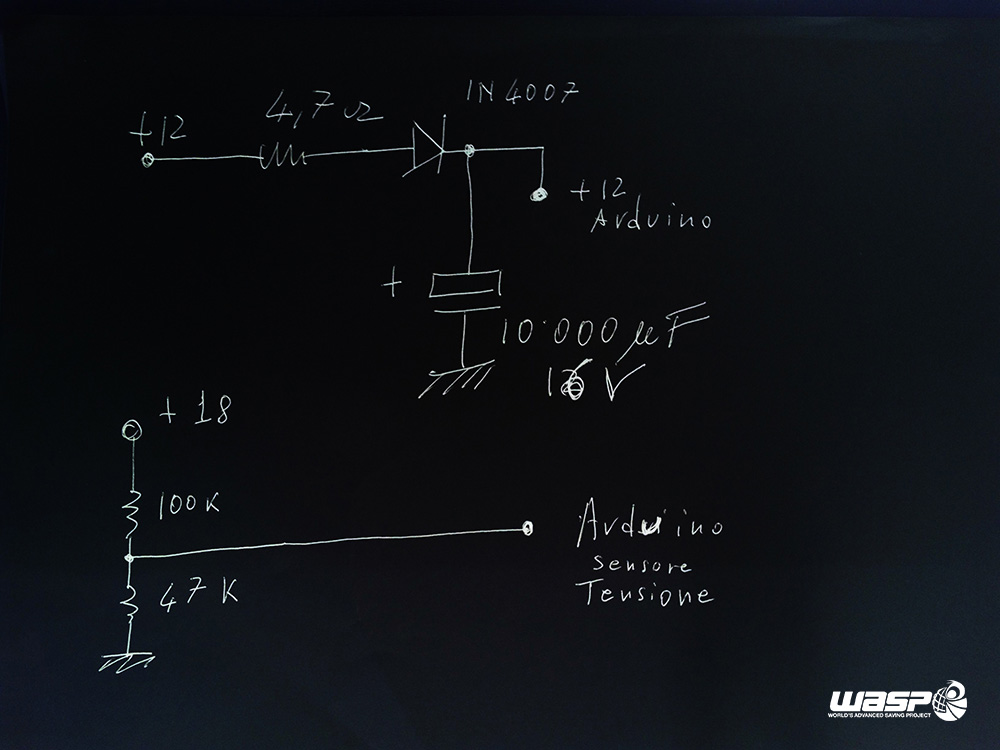 How does it work?

The system is composed by a voltage divider on the ’Arduino entrance; it reads the voltage present in the divider itself and gives a bar code; so , when the voltage goes under a certain level – the Arduino carries out the Stop & Save function.

In case of unplug, the Arduino would try its Stop & Save function but the machine engines, absorbing a lot of power, would prevent to fulfill it. On the contrary, if we use a diode after the microprocessor power source, we have stored the necessary power to fulfill the back-up. 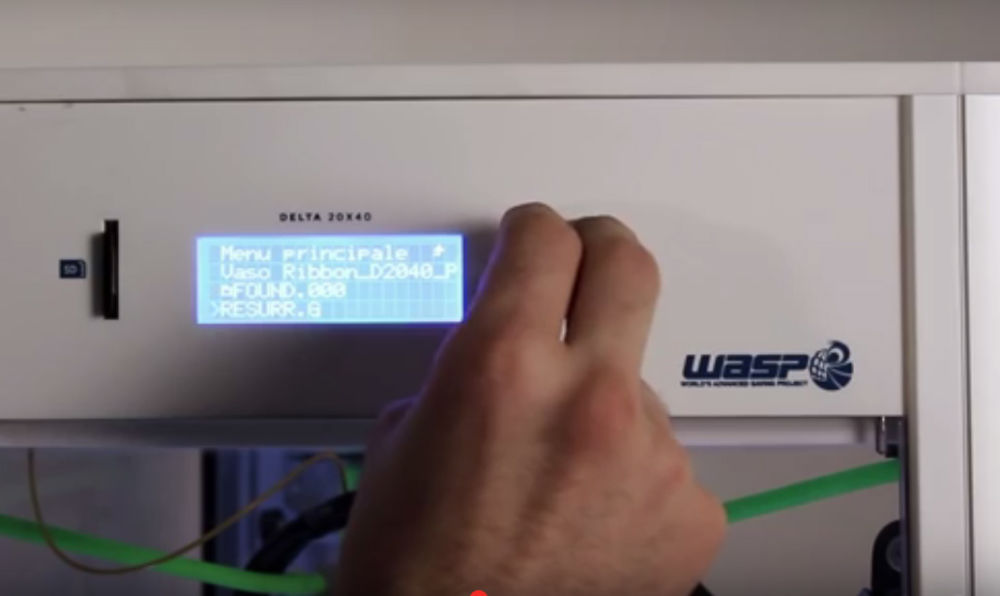 In case the voltage goes suddenly to zero, the engines can use the power stored in the condenser  protected by the diode, a valve blocks the power transfer in the opposite direction.. So, the power in the little battery is enough  to keep the Arduino alive  for the time necessary to make the back-up. This function is incredibly effective and useful. The applications are many. It could save all those printings, some very long too,  that have been lost till now. Nothing similar had never been done before. Born from the need to print Houses, Resurrection has been implemented on each of our Printers, not only on  BigDelta.

We consider important to declare Resurrection as being protected by Creative Commons, it means that anybody can repeat  it in his own record: we make it disposal for any Maker who wants to put it in his own machine. Moreover we share the firmware with those who have  WASP models without this, now,  standard function.

We claim this technological innovation as being a useful project,  characterized by a micro-processor that, as soon as supplied, stocks  the necessary little quantity of power necessary to save the extruder data, in case of no power source. The microprocessor reads the supply voltage and starts the back-up sub-routine in case of supply lack..

Resurrection is very interesting, it is a real turning point in the printing background – so we are sure it will tease big institutions of this sector. There would be the requirements for a use-patent but WASP is in favor of the know-how-sharing.  We trust on unwritten but world-wide shared Makers rules . The approach which better corresponds to our vision is  Creative Commons, because it foresees the publication of assimilated knowledge reducing like that the exploitation from a commercial point of view.

We would really appreciate if, in case of Creative Commons rule violation, the  community protected our contribution.