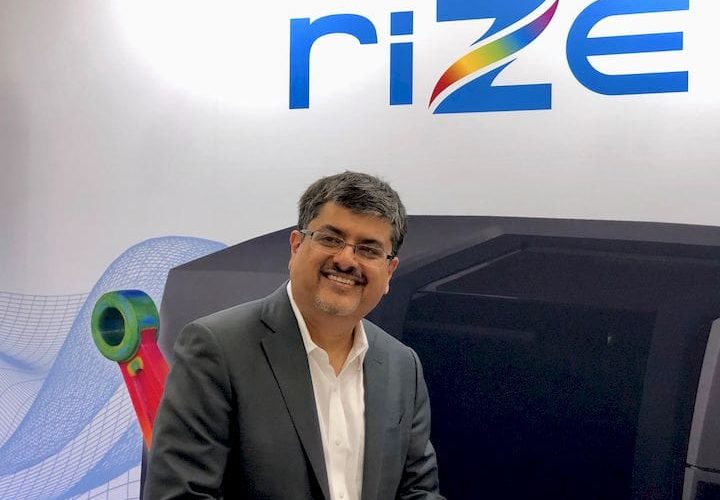 I’m quite impressed with Rize’s approach to dealing with 3D printer emissions, and it’s not anything you might expect.

Emissions from 3D printers are the dark secret of the industry. As thermoplastic filament is heated, it begins to emit extremely tiny nanoparticles, which of course get airborne, where they can be easily breathed in by nearby operators. Materials also emit almost 200 different types of VOCs (volatile organic compounds), some of which are carcinogenic.

Resin-powered 3D printers are not immune to this effect, as their liquid resins tend to evaporate similar toxic materials into the nearby atmosphere, creating a situation where humans can be damaged over the long term.

We’ve been concerned about this issue for, well, forever, and have been writing about 3D print safety issues frequently.

Why do we do so? It’s simply because nearly the entire 3D printing industry is silently ignoring safety issues, or treating them with largely ineffective solutions, just sufficient to claim they “did something”.

Consider the fact that those 3D printers that actually attempt to do something about emissions typically install a carbon filter and HEPA filter to reduce emissions and capture VOCs. In fact, standard HEPA filters used actually do little to intercept emitted nanoparticles, as these tiny particles are smaller than the filter size!

Filters capable of truly capturing this nasty stuff are very rare and basically are not installed by default into any 3D printer we know of. There is an add-on filtration device, the ProtoPro, from a UK-based company, but as far as we know it has not penetrated the market very far.

We usually recommend that 3D printing operations attempt to vent polluted air outside, as the best practice. However, there are some instances where the environment does not easily permit this, so specialized standalone air filtration units are required. However, I’d rather vent than filter any day.

Then the other day we heard that Rize’s 3D printers are touted as “zero emission”.

Sure they are,” I thought.

I expected to see yet another enclosed chamber with HEPA filter and activated carbon element, just enough to say they have done “something”. But it turns out that is not the case at all. In fact, Rize seems to have actually developed a “for real”, true zero emission device.

I spoke with their VP of Products, Kishore Boyalakuntla, about this. It seems they don’t rely on filters at all, and simply employ a rather clever chemical solution.

The special filament used in the Rize equipment does not decompose at the 275C extrusion temperature used in their equipment. It is chemically designed to decompose at a whopping 400C, far above their nozzle operating temperature. This means that their machine cannot — literally — emit nasty stuff.

Boyalakuntla added that the inks they use in their hybrid filament/inkjet process are also safe in a similar manner, making the machine actually “zero emission”.

Rize’s very different approach to emissions safety could eventually become a significant marketing advantage for the company. There are some 3D print users that certainly require zero emission equipment, such as schools, office professionals and others. Today these groups tend to buy equipment “that has filters”, but once they learn the truth about 3D printer emissions, they may turn towards companies that offer truly zero emission gear like Rize seems to be doing.

One more thing: Rize also offers the ability for the use of third party filaments in their equipment, but then that material would no doubt produce emissions as it is chemically different from Rize’s standard materials. I asked Boyalakuntla about this, and he admitted that they cannot provide the same level of emissions safety if third party materials are used.

To me, this is good news — we now know when emissions occur and when they don’t on the Rize equipment and can take appropriate other steps. Informed choice is always the best scenario.